Impact of the Internet in Today's World

Impact of the Internet in Today's World 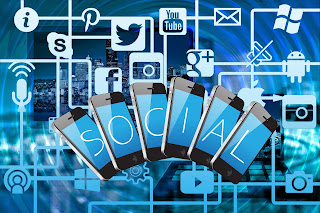 The Internet is the largest computer network that connects millions of computers and several networks around the world. The billions of people throughout the world are using the Internet at the same time. It is the most widely used technology in today's world.

Nowadays, it is hard to imagine anyone not having heard of the term Internet. The role of Internet in out daily life is becoming very important. The Internet has great effects on society especially the way people communicate and interact with each other and the way certain tasks are being done. It has changed the way we communicate, way we get information, way we buy goods, way we do business and so on. It has also affected the living standard of people.

The Internet has changed the way people communicate and interact with one another, obtain information and certain tasks. With the Internet, a person can send messages using the email technology and messengers. Before the Internet was available, we had to physically move to a letterbox to send our messages.The Internet made it easier for people from different parts of the world to interact with one another. For example, a person who is at Kathmandu can chat with someone in New York.

People can also meet one another on websites known as social networking sites such as Facebook without really having to see one another personally.

Before the Internet was available, the only ways to gain knowledge and to get information were to reed books, magazines, or a newspaper, watch videos, listen to some audio etc. Today, a person can just visit websites to get ant type of information quickly and easily.